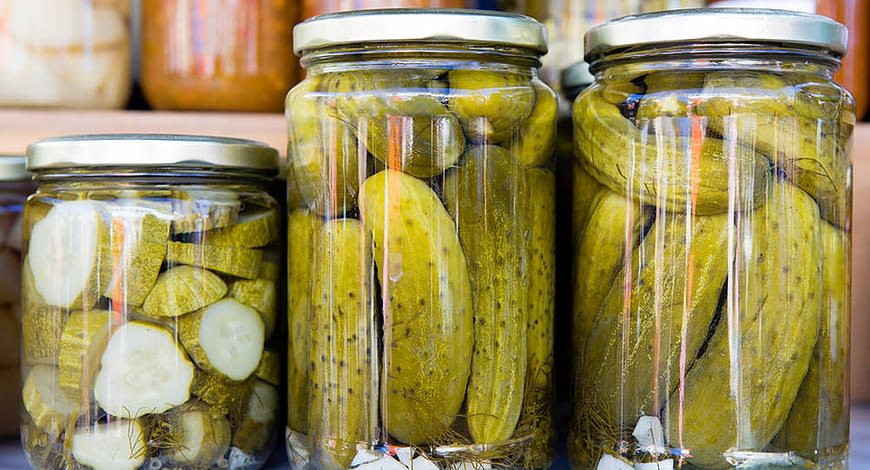 As far back as 10,000 BCE, people discovered that the milk of domesticated animals like goats and cattle stayed edible longer if allowed to naturally ferment into yogurt and cheese. Within a couple thousand years, people were also using fermentation to preserve beverages such as wine and beer.

Before refrigeration, fermentation could significantly extend the shelf life of certain foods. Foods that would normally spoil quickly, like milk and fruit juice, could be stored and traded if fermented. However, the process behind fermentation remained a mystery, until the mid-1800s.

In 1856, Louis Pasteur discovered that yeast were the culprits behind fermentation. By the early 1900s, it was understood that microorganisms from the genus Lactobacillus produce lactic acid and carbon dioxide when they break down sugars in food (hence, lacto-fermentation). This creates an acidic, low-oxygen environment that promotes beneficial microorganisms and prevents the growth of spoilage-causing bacteria.

While some foods can ferment naturally on their own, a few tricks can optimize the fermentation process. Fermented foods like pickles, olives, and sauerkraut are submerged in a salty brine, which improves the environment for good bacteria, and makes it less hospitable for bad bacteria. Foods like cheese, bread, and kombucha are sometimes boosted with a “starter” containing the most desirable Lactobacillus microorganisms, selected for flavor and shelf life.

Lactobacillus do more than help preserve food. As they break down sugars and starches, the food becomes easier to digest. Their metabolic processes also create nutrients, such as B vitamins, which enrich the food. Glutamates are created as a natural byproduct of fermentation, which give many fermented foods their savory, unique taste.

Lacto-fermentation should not be confused with canning. Canning is the process of heat-sterilizing food, then sealing it in an oxygen-free environment so it won’t spoil. But heat-sterilization kills both harmful and beneficial microorganisms alike. While canned foods have a longer shelf life than fermented foods, they don’t contain the healthful benefits of live-culture, lacto-fermented foods.